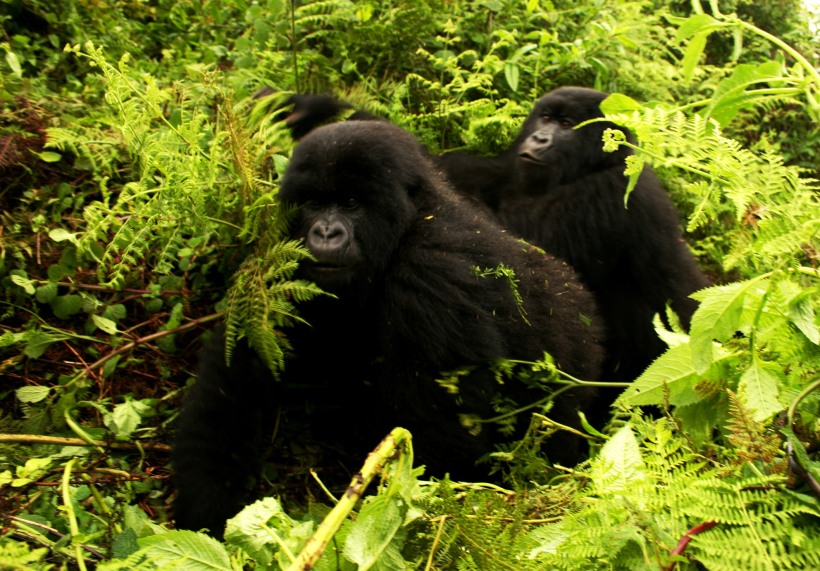 “We just hit a raccoon.”

“Jonathan, don’t you think we should stop?”

“Oh trust me babe, that raccoon would not have stopped for us.”

I’ve had this hilarious exchange from Hot Rod in my mind recently.

There is a reason we say someone is “acting like an animal” when he’s doing crazy or immoral stuff… Animals have no real moral sense, no conscience, no supernatural end to which they are called. We don’t really think of them as guilty or innocent, except inasmuch as those words mean the existence or non-existence of some act.

To begin with, even asking the question sets one off on the wrong path: “Is there a morality gene?” All the dispositions of our bodies can ever incline us to desire are temporal goods (like pleasure or security), even if they are delayed in their acquisition in some way or are diffused among a community to which one belongs, UNLESS they are ordered somehow to the preservation of the species in such a way that it is altogether compulsory. Genetics, therefore, could only ever tell us why a person feels like doing x which will ultimately redound to his own temporal benefit in some way. And in animals, genetics are altogether compulsory, so the disjunction above is irrelevant for them.

In humans, these impulses can be intellectualized into rational selfishness, and certain kinds of structures of cooperation can indeed bring about a society that on its surface is stable and healthy. Read an Ayn Rand novel and you’ll get the idea.

But that’s not what real morality is. Real morality searches for the good in itself, not just for I me myself, even through others, but for others in themselves. Real morality moderates self-interest, while genetics can only incline one to seek his own good.

What about all those birds who are so committed to caring for their chicks? What about those elephants that cry for their dead? What about, etc., etc.?

If an animal does something we might call moral or right that does in fact only lend itself to the preservation of the species (which we would be tempted to call altruism), it is because it had an instinct to. Isn’t that the same as a morality gene? No, it is a gene that compels them to act in such a way, and the satisfaction for them lies precisely in the completion of an urge rather than “doing what is ‘right'” or something similar. There is no order to which a bear clings outside of itself when it protects its cubs – it has no reason for protecting them that it is aware of other than “because that’s what bears do.” We would call this a virtue if it was rationally chosen among other options, but the bear doesn’t have real rational options: it just has genes which force it to act in such a way. In fact, the very same impulse to protect its children would compel it to kill an innocent man, which we would NOT call virtuous.

“So what? It’s still bad to kill animals.” Well, while you chomp down on your burger tonight, think about what Cecil the Lion would have done to you (or your village) if given the chance. Think about what Harambe might have been about to do to that child. And so on.

We are not in a real community with animals, because they can’t communicate with us rationally. They can’t do that because they can’t reason. We are simply better and higher in the order of creation, as Genesis teaches. We have immortal souls, they do not. We can relate with God intellectually, they can not. We are called moral or immoral, they are not. This means that justice, with regard to animals, is nothing more than their proper temporal use as part of the goods shared among ourselves and God, and we expect absolutely nothing from them in return. The conclusion is this: unless you are killing animals for the sheer pleasure of destroying them, or the animal you kill is somehow important for human flourishing (like a cow that makes a family’s milk), or in killing them you are desensitizing yourself to human pain and death, you’re not doing anything wrong.

So there can’t even be such a thing as justice for Harambe. He’s owed nothing – especially since he no longer exists. But that won’t stop our culture from hashtagging more about a gorilla than about the innocent victims of abortion, or the news from covering Harambe’s death six times more than Christians recently killed by ISIS. As G.K. Chesterton famously opined, where there is animal worship, there is human sacrifice.

And anyway… Harambe would not have wanted justice for you.