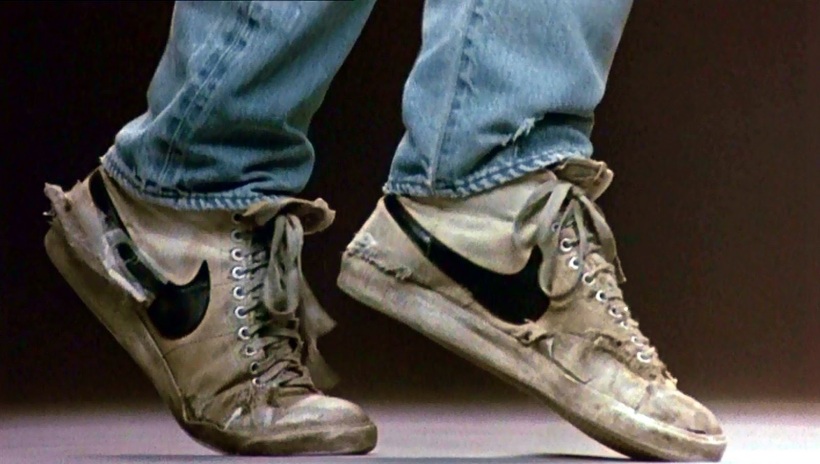 A young priest sets out into the countryside to journey to his new assignment… He is not quite sure how to get there, but in the evening, while walking in a field he finds two boys. They tell him he has just crossed into the parish boundary. Father gets on his knees and prays in thanksgiving for being sent there and in preparation for the work he will do in the little country town. The first and most important job, he would find out, will be to eradicate “the scourge of dancing.”

Of course we are speaking of the one whom they called “the saint” even during his lifetime – St. John Vianney, the Curé of Ars. We are not speaking of Rev. Shaw Moore, the antagonist of Footloose… Although the two might have gotten along, ecumenical issues aside.

Dance is commonly assumed to be an art form and a generally good way to recreate. Such assumptions are in fact so deep that the suggestion that it might be better to do away with public dances is seen as rigid, cruel, “medieval,” etc. One can only imagine the reactions of North Dakota’s teens to then Bishop Aquila’s decision a few years ago to ban dances (and pajama days) in one of his Catholic schools in the Diocese of Fargo… Maybe even some parents and faculty were upset. But would they have told John Vianney that he had been “too rigid” after he finally conquered the last of the dancers in the tiny village of Ars, which by that point had become the brightest beacon of holiness and civility in all of France?

The Abbé Trochu, in his famous biography of the saint, notes that, while St. Francis de Sales “wore gloves” when treating the topic, Vianney did not. “Go on! Dance! Dance all the way down into Hell!” Thus spake the saintly curé from the pulpit, time and time again. After decades, Ars was perfectly obedient to its pastor and was much happier for it.

Imagine the efforts it would have taken to accomplish the same feat in a 21st American century town even of normal size by today’s standards.

The people of Ars were not having dainty upper-crust waltzes, but neither were they “grinding,” “twerking,” or doing any other kind of categorically pornographic actions, which no reasonable person would think to call morally acceptable. They were simply dancing like country folk, having some drinks, and then getting too familiar with each other. The saint saw that this was not an accidental relationship, and he thought “the dance” to be the single greatest occasion of sin in Ars.

Note that it was seen by him as an occasion of sin, not necessarily a sin in itself, except perhaps inasmuch as a certain recklessness therein could be an expression of a lack of due care to avoid offending God. So, the question remains: can a Christian dance?

The downfall of dance is usually what is touted as its greatest quality – the ability to arouse and express the passions. It is violent, it is sensual, it is angry, it is sad, it is joyous, it is whatever you need it to be. It intensifies all these things and shows them to others, while “freeing the spirit.” That’s the point. And that’s the problem.

In expressing the passions haphazardly, one can lose a grip on reason and be drawn to wherever that passion leads. The main problem is with sensuality.

First of all, we can, without hesitation, discard the utterly obscene motions and actions that have no other purpose than to sexualize the participants. These are not only done out of inordinate desire for the pleasures of the body, but they are also scandalous. Scandal here means a “stumbling block” to the spiritual lives of others – to cause sin in them. We are bound to avoid causing sin in others inasmuch as it is possible while not neglecting other duties. Nobody has ever had a duty to do anything like one would find going on at the average American high school dance. And it can never be good art, if art is the good expression of something good to express.

Secondly, we must examine the motivations and circumstances of those dances which are less clear. Should a desperate bachelor engage in a romantic tango with a beautiful woman he’s just met? Perhaps this will be a real challenge to him interiorly, urging him to go further and further… The same may hold true for her, which he must be careful about as well. Such a dance loosens the foundation on which chastity rests.

But what about a professional dancer who is so used to these movements and is so concentrated on his craft that he is greatly fortified against temptations? It seems the difficulty begins to disappear. And if a man is dancing with his wife, certainly there is no problem.

What would John Vianney think of the teens of Bomont jumping on the Kevin Bacon rock-n-roll-will-free-your-soul bandwagon? If we are honest – which we are here to be – we must say that he would probably be just as indignant as he was when he arrived in Ars, if not more so. He would think Rev. Moore was a wuss and a bad leader for finally caving. He would go to his bedroom, scourge himself to a bloody pulp, not eat for a few days, then start preaching, if his approach in Ars is any indication.

While the final scene of the film doesn’t have anything too bad (especially since these kids who have apparently never danced before are actually professionals), it is the culture and ideas which are introduced by the habitual loosening of inhibitions in social settings with the opposite sex (that often also involve alcohol) which sends up red flags. It is the dark cloud on the horizon: there is not yet a storm, but one is coming.  Just as well, the spirits of angst and rebellion are not spirits from God, but they are exactly what Kevin Bacon’s character and the whole idea of rock-n-roll are about.

There are ways to “cut loose” and socialize that do not involve the dangers of “the dance.” Running, golfing, hiking, and yes, even spelunking are all appropriate alternatives. I simply can’t imagine John Vianney giving a sermon against spelunking… Can you?

“But wait!” some will say. “There is that scene where Bacon’s character goes before city council and throws down some verses from Scripture about how great dancing is! Ha. Game, set, and match, you Jansenist clown!” Unfortunately, we will have to save the detailed examination of the Scriptural treatment of dancing for another post. For now it will suffice to say that the Holy Bible decidedly does NOT encourage us to “kick off our Sunday shoes” so that we can do the worm to impress our friends.

Here is a challenge to those who have charge of Catholic schools: take a good, long look at the reality of what is going on at your dances, and whether it is worth the spiritual risk.